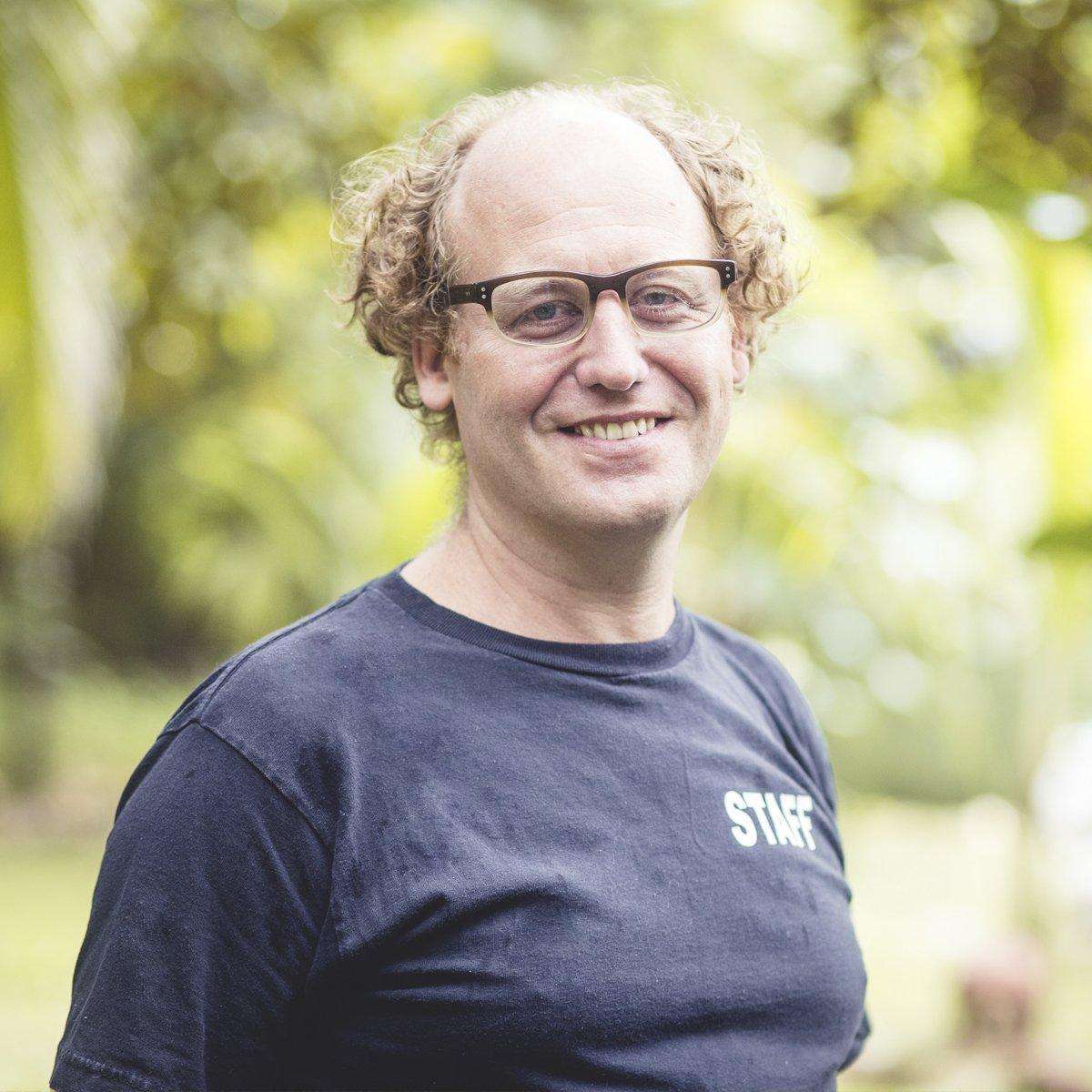 My first contact with Costa Rica was in 1993, when I visited Puerto Viejo on holidays. At that time I was fascinated by the possibilities and abundant nature.
A year later, I returned to Costa Rica and bought a 2 hectare property near Manzanillo. In those days, this coast was an extremely remote place.
Three years later, having completed my studies in international business in The Netherlands, and aged only 25yrs, I relocated to Costa Rica.

Nature and Architecture have always been my greatest interests passions. I am fascinated by the rainforest and that was a significant factor in deciding to live here. My interest in building in these surroundings began after finishing a Jungle House in Manzanillo with a local crew of carpenters.
During that project I realised that the integration of nature and architecture can be something almost magical: the building appears from the landscape as if it has always been there. I believe it is possible to create this harmony between nature and architecture by ‘listening’ to the landscape. For instance, why cut a tree when it can be integrated into the structure you are building? I have always been more interested into integrating the building into the landscape, rather than vice versa.

This style of building, otherwise known as Organic Architecture, was the guiding principle behind the creation of Tree House Lodge. Using organic architectural design 5 very distinctly different houses were built and Tree House Lodge became a popular vacation destination. The concept is to offer visitors an adventurous but original and luxurious experience.

What do we do?

The idea of Bio Caribe grew from the experience and concept of Tree House Lodge and mirrors the same organic architectural approach. Bio Caribe is designed for people who wish to live an open-air/outdoor lifestyle, embracing nature and practicing sustainability within a community interested in living in harmony with their environment.

From the beginning this wonderful country has always felt like home to me. The locals treated me as one of them and even called me a Tico: a compliment paid to foreigners who show interest in their culture and traditions.

I began the Bio Caribe community in 2008. Encompassing almost 400 acres divided into and 50 properties, recreational area, cow fields, 3 miles of internal roads and lots of forest protection – a huge project for a young guy by himself! From the beginning, I realized that I would be committed for many years to putting my ideas and creativity into this project.
Now, 15 years on, many Bio Caribe properties have been sold, roads have been built, wells have been dug and people are about to move into the first house.
The Bio Caribe Community is happening: Like a dream come true.